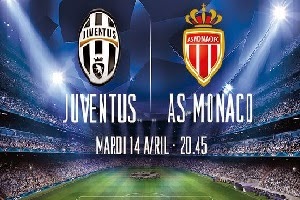 A Champions League game.Stage quarter finals.
Monaco won against Arsenal in the 1/8-finals, which was a bit surprising.
The first four teams in Ligue 1 are all fighting for the title.
That makes things for the french team a little bit more difficult, because they have to fight for both competitions.
Monaco won only three of the last six games played for the league and all of them were against poor teams.
Juventus will win Seria A this season. There is no doubt about that.
The two wins over Borussia Dortmund with five goals scored and only one in their net showed me that the team is playing with confidence.
Juventus is playing very good football and they are going to put all of their efforts in the Champions League!
The quoted odds are from Betfair Exchange. You can check from: HERE