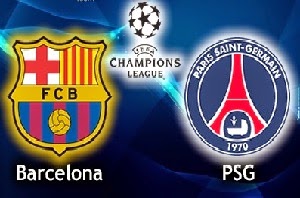 Second round of the Quarter-Finals in the Champions League.
Paris Saint-Germain lost the first meeting and now they won’t sit in defense.
They have very good team and even without Ibrahimovic are still a great threat.
On the other hand their defensive players were outplayed by the great trio of Barcelona(Lionel Messi; Neymar Jr.; Luis Suarez;)
It is going to be difficult to predict the outcome of this game, but there will be goals. And most probably both teams will score.
Some statistics:
1)Head to Head this two teams have four overs with more than 3.5 goals scored and just one under.
2)Last five games PSG has five overs!
3)Last five games Barcelona has four overs and one under.
The quoted odds are from Betfair Exchange. You can check from: HERE