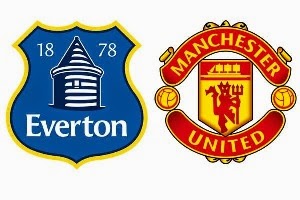 Everton against Manchester United on Sunday.
Both teams in great shape, which is why the odds are very good for away win.
Everton has four wins in their last five games, the situation is the same with United ( Four wins ).
Taking the 12th place with 41 points, they are comfortably situated in the middle of the table.

Manchester is a class above Everton this season.
Aside the ugly game against Chelsea, they have finally found their good shape.
They need wins to keep their place in the league, which will give them a chance to participate in the Champions League next year.
It is a good time to win,because a couple of hours later Arsenal is facing Chelsea.
If the circumstances are good enough,they could even take the second place after this round.

The quoted odds are from bet365. You can check from: HERE