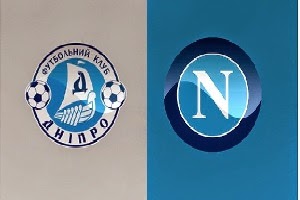 On Thursday Dnipro is facing Napoli in the second leg for UEFA. The first semi-final meeting ended 1:1.
That was quite disappointing for Napoli. The possession of the ball was 65% for them and they played a lot better than their opponent.
And even though Napoli was the better team Dnipro tied the game with an offside goal.
By the way this was the only chance they had.
Napoli played against Parma ( the worst team in Serie A this season ) yesterday and the game ended 2:2. The only reason for that result is that they keep their strength and best players for the upcoming game.
Only victory will send the Italian team in the finals or of course greater equality, which in my opinion is impossible ( Dnipro can not score two or more goals )
This game is all or nothing for both participants,but the superiority of Napoli will make the difference.
The quoted odds are from bet365. You can check from: HERE
More free tips and useful betting tools at www.globet365.com