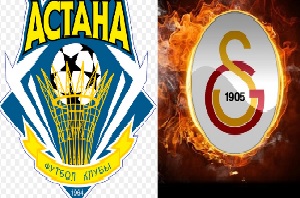 Astana will face Galatasaray in a Champions League game.
Both teams have lost their first games in the tournament.
Astana have lost their last few games and come into this game in a pretty bad form.
Benfica defeated them with 2-0, but the result could have been 5 or 6 nil if  the portuguese team had covered their chances.
Galatasaray were comfortably beaten by Atletico  with 2-0, they made a good second half, but failed to score.
I think the turkish team is a level above Astana and they should win in order to keep their chances to qualify to the next round.
The quoted odds are from Betfair Exchange. You can check from: HERE
More free tips and useful betting tools at www.globet365.com