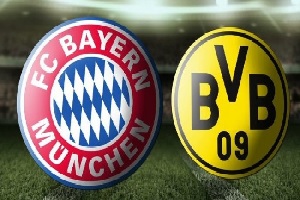 The clash between those two teams is on Sunday.
Bayern Munich is the best team in Germany right now and maybe not only there.
They crashed Dynamo Zagreb in the CL with 5-0 and they have only victories in their championship.
The best attack and the best defense.
Dortmund is the second best team, they play effective and beautiful football, but lack the quality of their opponent.
There is so much firepower in both sides and it surely will be open football duel with a lot of chances.
Bayern defeated Dortmund twice in the Bundesliga last year.
I expect a lot of goals and home win here.
Good luck.
The quoted odds are from Betfair Exchange. You can check from: HERE
More free tips and useful betting tools at www.globet365.com