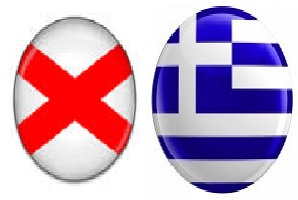 Northern Ireland will face Greece on Thursday.
This is an Euro – Qualification game from Group F.
The home team is taking the first place, while the away team is at the bottom.
Northern Ireland after eight games played is with 17 points won, just a point in front of Romania.
Greece is with absolutely no chance to qualify.
They have only three points, which speaks for itself about the team.
The first match between them was won by Northern Ireland with 2-0.
I think it is going to be an easy game for the home team, but just in case take the option: draw no bet.
The odds are quite good!
The quoted odds are from Betfair Exchange. You can check from: HERE
More free tips and useful betting tools at www.globet365.com