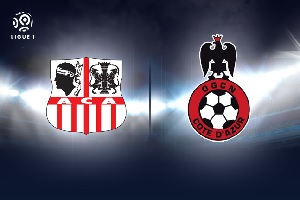 The game  between Ajaccio and Nice will be played on Saturday.
Nice is taking the 5th place with one game less comparing to the other teams. Nice is in fantastic form with four straight wins. They have scored 17 goals in this four meetings, which is amazing.
Ajaccio does not have a victory till now in League 1 this season. They have the weakest squad in the league.
Gazelec moved up this year in Ligue 1, but I don’t think they have what it takes to stay there.
Hatem Ben Arfa is in good form for Nice.
The away team looks very strong and against this opponent it will be a big surprise not to win.
Good Luck!
The quoted odds are from Betfair Exchange. You can check from: HERE
More free tips and useful betting tools at www.globet365.com