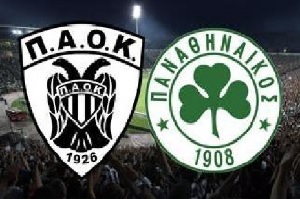 PAOK will face Panathinaikos on Sunday in the Greece Super League.
Both teams are in good form.
Home team is ranked 5th and away team is ranked 2nd.
However if we look closely Panathinaikos is much better. They have scored 14 goals and allowed 3, with a total of 18 points from 7 games.
PAOK had a difficult match against Krasnodar in Europa League. They are fighting on two fronts and that doesn’t influence them well.
In their last four games against each other Panathinaikos is the winner. I am expecting another win for them and these generous odds are like a bonus to me!
The quoted odds are from Betfair Exchange. You can check from: HERE
More free tips and useful betting tools at www.globet365.com