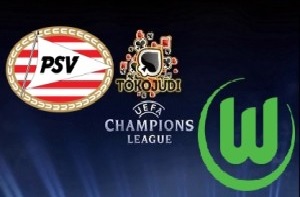 PSV will face Wolfsburg in the Champions League on Tuesday.
In group B Wolfsburg is the leader with 6 points, the team is in very good form. They have lost once in their last five games and it was against Bayern Munich ( who can blame them).
PSV is inexperienced team with a lot of talented young players. They started well with victory over United, but lost both games played away from home.
Wolfsburg took easy victory against PSV in the first match with 2-0. I am expecting from them to do the same on Tuesday. In case of a draw you will get your money back. The odds are good and worth trying.
Good Luck!
The quoted odds are from Betfair Exchange. You can check from: HERE
More free tips and useful betting tools at www.globet365.com