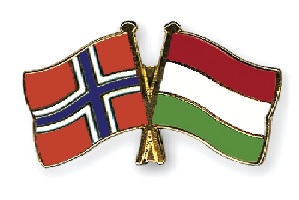 Norway will play against Hungary on Thursday.
This is a play-off match in EURO 2016 qualification. Both teams got 3rd place in their groups.
According to the odds Norway is supposed to be slightly stronger than Hungary, but I see these two teams as equals.
Three of the last four games of Norway finished with under 2.5 goals.
As for Hungary in their last ten games seven of them finished with less than 3 goals.
This is going to be a very important game for both sides and they will play it safe.
The quoted odds are from Betfair Exchange. You can check from: HERE
More free tips and useful betting tools at www.globet365.com