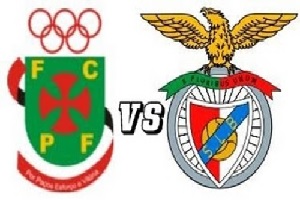 Pacos Ferreira will face Benfica on Saturday in the Primeira Liga.
Ferreira have not won in seven consecutive games. They are sixth with 31 points and in my opinion this is the best they can achieve. Pacos have serious problems with injuries for this game. More than seven of their players will miss this match.
Benfica is the the best team in the league. They are second, just three points behind Sporting.
They have a very big roaster and it is not going to be a problem to defeat the weakened team of Pacos.
Benfica have defeated four times this team in their last five meetings. This game is going to be their fifth victory!
The quoted odds are from Betfair Exchange. You can check from: HERE
More free tips and useful betting tools at www.globet365.com