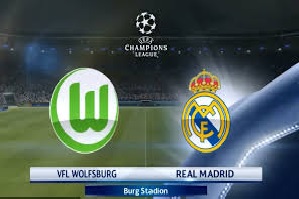 Wolfsburg will face Real Madrid in the Champions League on Wednesday.
Wolfsburg are coming to this game after two defeats and a draw in the league having conceded five goals and scored just one. Wolfsburg were leaders in their group, but their opponent weren’t very demanding.
On the other hand Real Madrid is on a six games winning streak, they will be highly confident after beating Barcelona at the Nou Camp 2-1.
Real managed to win their group as well with 5 wins and 1 draw. They eliminated Roma in the previous round.
Real Madrid lost their chances to become a Spanish Champion, so they will put all of their efforts in the Champions League.
Good Luck!
The quoted odds are from Betfair Exchange. You can check from: HERE
More free tips and useful betting tools at www.globet365.com