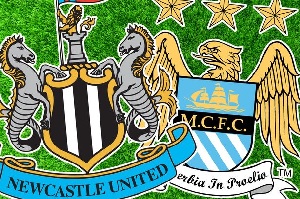 Newcastle United will play against Manchester City in the Premier League on Tuesday.
Newcastle got extremely important victory over Swansea with 3-0 in last round.  Still they are in the 19th place, three points behind Norwich. The main point here is that Newcastle is not playing very good as a team and I will be surprised if they escape the relegation.
At the same time Manchester City is in great form – winning Champions League quarter final against PSG. Moreover they were able to destroy Chelsea at Stamford Bridge with 3-0.
Manchester City is highly motivated to stay in the big four in order to play in the Champions League next year. They will not slip against Newcastle who are in the bottom of the league table.
Good Luck!
The quoted odds are from Betfair Exchange. You can check from: HERE
More free tips and useful betting tools at www.globet365.com