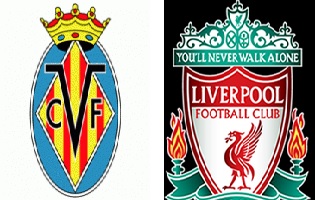 Villarreal will face Liverpool at El Madrigal on Thursday night.
This will be the first meeting between these two clubs in the European Competition.
The Yellow Submarines have won all of their six games at their home stadium. They have finished second in their group behind Rapid Vienna. Many expected them to win this group with ease.
In Primera Division their shape is not so good in the last three games. They have 2 losses and one draw.
On the other hand Liverpool remains unbeaten in this competition so far. They have five wins and seven draws in their 12 games. Liverpool is also showing very good performance in the Premier League. Two wins and a draw in the last three games.
The clash between these teams will be fierce considering their statistics and current form
Still I give The Reds slight advantage.
Good Luck!
The quoted odds are from Betfair Exchange. You can check from: HERE
More free tips and useful betting tools at www.globet365.com