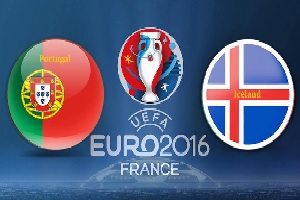 Portugal will play against Iceland in Group F of EURO 2016.
Portugal is coming to this game full with confidence after beating Estonia with 7-0. Another good thing for the team is that Quaresma is in great form as he scored two goals and also gave two assists in the last match. So Ronaldo will not be alone in the attack. The Portugal superstar is in great form and scored 3 times in the last 2 games that he played for the national team.
Iceland is making their first appearance in the finals of a big tournament. They seem to be a hardworking team, but lack the quality and the experience of their opponent. They are struggling defensively, conceding goals in 8 out of their last 11 games.
Portugal have already faced and defeated Iceland twice in EURO 2012 qualifications and they will do it again tonight.
Good Luck!
The quoted odds are from Betfair Exchange. You can check from: HERE
More free tips and useful betting tools at www.globet365.com