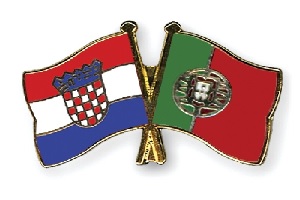 Croatia will play against Portugal in 1/8 finals of EURO 2016.
Portugal went through their group with plenty of luck. They have made three draws and have been losing 3 times against Hungary. Those draws came against “world superpowers” like Iceland, Austria and Hungary. There is no chemistry in the Portugal team and they were the most disappointing big side.
On the other hand Croatia played very impressive. They defeated the current champions with 2-1 even though some of their best players did not take place in the game. They are coming to this game with two wins and a draw. Draw where Czech Republic scored twice in the last 4 minutes.
In general Croatia have one more day to rest and prepare their strategy and also have proven that they are in better shape.  Easy win for Croatia!
Good Luck!
The quoted odds are from Betfair Exchange. You can check from: HERE
More free tips and useful betting tools at www.globet365.com