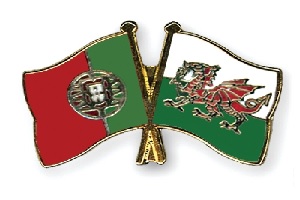 Portugal will play against Wales in the Semi-finals of EURO 2016 on Wednesday.
The two superstars of Real Madrid, Gareth Bale and Cristiano Ronaldo will lead their teams.
According to the bookies Portugal is a favorite in this match, but I will not put my money on them. They have not won a single game inside 90 minutes throughout the whole EURO 2016.Wales can extend their amazing run and reach the final of this tournament. They have scored two times over 2.5 goals and three times over 1.5 goals.
All in all I expect an attacking game, mostly from Wales, but also C. Ronaldo will find his goalscorer shoes. It will be an entertaining game with a lot of goals.
Good Luck!
The quoted odds are from Betfair Exchange. You can check from: HERE
More free tips and useful betting tools at www.globet365.com