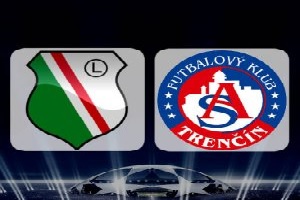 Legia will face Trencin in the second leg of the Champions League – Qualification stage on Wednesday.
Legia is playing very good football lately. In three days they have two consecutive wins in all tournaments. Against their current opponent Trencin in the first leg and also against Plock despite being 2 goals behind.
Trencin on the other hand are in terrible shape. Four defeats in last five games in all competitions.
Lats round they lost 3:0 against Moravce.
In the current situation Legia is the better team and will have home advantage. I expect another narrow victory for the Polish team.
Good Luck!
The quoted odds are from Betfair Exchange. You can check from: HERE
More free tips and useful betting tools at www.globet365.com