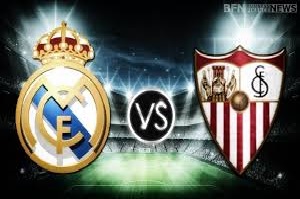 Real Madrid will play against Sevilla in UEFA Super Cup on Tuesday.
Real Madrid won Champions League last season, while Sevilla won the Europa League.
Last time they met in this tournament two years ago Real won by 2-0. They are favorites in this game also. In the International Champions Cup they won against Bayern Munich and Chelsea, but lost from PSG ( a lot of youngsters in the team ).
Meanwhile, Sevilla won all of their friendly games in the preseason, but all games were against weak opponents.
As this is the first chance to win a trophy this season I expect attacking football with many goals.
Real Madrid has more individual qualities and also play excellent as a team, which is why I bet on them in this game.
Good Luck!
The quoted odds are from Betfair Exchange. You can check from: HERE
More free tips and useful betting tools at www.globet365.com