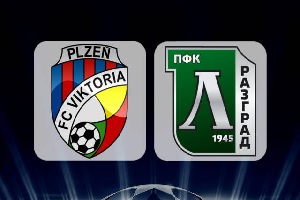 Victoria Plzen will face Ludogorets Razgrad in the second leg of the Champions League qualification play-off.
Plzen lost the first match with 2-0. They were outplayed in every aspect of the game. This defeat was followed by another one at home in the Czech Liga to Zlin. The confidence of the team is low right now and they are vulnerable.
On the other hand Ludogorets also won their game in Bulgarian Parva Liga. The team from Razgrad lost only four out of their last 19 away games.
I expect them full of confidence and playing defensively as they have comfortable advantage.
Ludogorets Razgrad is the better team and they have proven it in the first game. In my opinion the most probable outcome of the meeting is draw.
Good Luck!
The quoted odds are from Betfair Exchange. You can check from: HERE
More free tips and useful betting tools at www.globet365.com