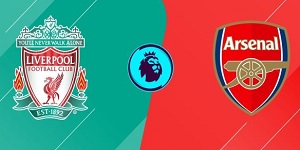 Liverpool meet Arsenal in a derby match of the 12th round of the Premier League. The Merseyside season is developing more or less successfully, and what Jürgen Klopp and his players lack is perseverance. At one point, Liverpool played their strongest football and defeated high-class rivals such as Manchester United with 5: 0, and only a few days later collapsed and allowed to be tied from 2: 0 to 2: 2 at “Anfield” against Brighton. Before the break for national teams, Liverpool showed their bad face again and lost 3: 2 as a guest of West Ham, after a weak match of Alison.

In stark contrast, Arsenal have recently been one of the most consistent teams in the Premier League. The Gunners have not lost in eight consecutive games, recording six wins and two draws. In the previous round, Arsenal beat Watford at home with a minimum of 1-0, but deserved to win even more convincingly. However, we must take into account that the program of the “Gunners” in this period was relatively easy. Exceptions are the city derby against Tottenham (won 3: 1) and the visit of Leicester (won 2: 0), but they came at a time when both teams were hesitant.

Arsenal has accumulated a solid point asset mainly because of the efficiency it shows. Especially as a guest, the Gunners did not impress with their game, although they did not lose consecutively against Burnley, Brighton and Leicester. However, we must admit that Arsenal was lucky in these matches and I am not convinced that it will continue for a long time. The first serious challenge for Mikel Arteta in two months will be the visit of Liverpool and here it will be clear whether his team has really progressed.

Many argue that if there is a time when Arsenal are able to get something out of their visit to Anfield, then this is the right one. Looking at Liverpool’s results, this is somewhat true. The Merseysiders won just two of a total of six games against top-half teams and just two of five home games. However, this is largely due to gaps in defense and moments of hesitation, rather than a weak game in attack.

My expectations for Saturday’s derby are that Arsenal will be completely back in their half, similar to their visit to Brighton. Then the “Gunners” withstood the pressure and eventually won a point after a 0-0 draw. However, Liverpool is far more dangerous in front and will find its way to the door of the guests. Since the beginning of the season, the Merseysiders have scored in every game and only against Chelsea have not scored more than once. Arsenal have not reached a clear goal position against Brighton, Chelsea and Man City and I find it hard to believe that he is capable of threatening the home team’s goal, even despite their hesitations in recent weeks.