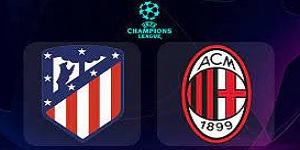 Atletico Madrid face Milan in a match of the group stage of the Champions League. After the first four matches, the intrigue for the first place in Group B ended, but the second is still an achievable goal for Porto, Atletico Madrid and Milan. At the moment, the Dragons are second with an asset of five points, the Mattresses are third with four points, and the Rossoneri are last with only one point. However, two victories for Milan in the remaining two matches could quickly turn the tide.

More was definitely expected from Atletico Madrid and so far they may be the biggest disappointment with their performance. The “Mattresses” ended in a draw 0: 0 with Porto, got out of the blade against Milan after a success of 2: 1, achieved only in the final minutes and were twice defeated by Liverpool. The more attacking style imposed by Diego Simeone does not bring the necessary results and there is a tendency that Atletico Madrid scores its goals most often in the period after the 75th minute.

Although Milan is last in the group, his supporters should not be disappointed. In recent years, the Rossoneri’s participation in European tournaments has been minimized and the lack of experience is largely reflected. With the support of his audience, as a host Milan performed better and can only regret that he could not withstand the pressure of Atletico, after playing almost an entire game with a man less. In their visits, however, the Rossoneri were not at a very good level and definitely lost to Porto and Liverpool.

The bet on Wednesday will be very big and the presence of solid experience in my opinion will give an advantage to the hosts. Atletico Madrid have gotten out of difficult times several times this season, and at Wanda Metropolitano they have already achieved important victories, including 2-0 against Barcelona. I am not convinced that Milan’s strength will be enough for anything more than an honorable goal. I expect the natural thing to happen and Atletico to be congratulated with the three points that will give it the necessary advantage before the decisive clash with Porto for the second place in Group B.