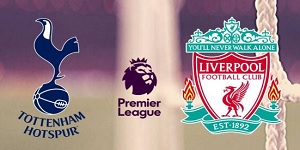 Tottenham meet Liverpool in a match of the 18th round of the Premier League. Due to problems with quarantined players, the last match of the “Spurs” was on December 5, when Norwich was defeated 3:0. The missed three rounds pushed Tottenham away in the standings, placing it in seventh place with 24 points. However, with good results in the postponed matches, the “Spurs” may come out even fourth, as Arsenal is currently in this position with 29 points.

Liverpool are in exceptional form and are currently a worthy opponent of Manchester City in the battle for the title. On Thursday, the Reds triumphed over the outsider Newcastle with 3:1, recording the sixth consecutive win in the Premier League and eighth in all tournaments. The three goals scored put Liverpool as the second highest-scoring host in the league with 22 goals. The Reds are only 3 behind Manchester City as they have 25 thanks to their 7:0 victory over Leeds earlier this week.

In their away games Liverpool is even more dangerous with 26 goals scored. The 2.5-goal line has been crossed in seven of Merseyside’s eight visits this season. The only exception is the last visit of Liverpool, which ended with 1:0 against Wolverhampton. However, this is due to the defensive game style of the “Wolves” and several omissions by the Merseyside attackers.

I expect that the strong performance of Liverpool will continue and will be an attractive match. After missing a few games, Tottenham will be an unpredictable opponent. On the one hand, there will be no fatigue in the Spurs, but the lack of playing minutes can be disastrous against a solid opponent in a form like Liverpool. The 2.5-goal line has been crossed in four of Tottenham’s six games under Antonio Conte, and I guess the trend will continue on Sunday. Since the beginning of the season, Tottenham does not look like a team that is able to keep 90 minutes without a serious situation in front of their door and a strategy to play for 0: 0 seems unlikely to me.