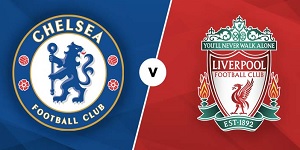 Chelsea face Liverpool in a derby match of the 21st round of the Premier League. During the week, the Blues suffered another disappointment after allowing themselves to be equalized by Brighton for 1:1 in added time. In general, however, the draw was natural compared to what was shown by both teams. Chelsea already have just one win in their last five home games, which explains why they are eight points behind the leader in the standings – Manchester City.

Liverpool also took a wrong step after losing 1:0 away to Leicester. The “Foxes” were actually without a central defender on the field, but that did not stop them from keeping a clean sheet against the second highest-scoring team in the league. This does not mean that Liverpool did not had good chances, but they did not take advantage from them. Mohamed Salah missed a penalty in the 16th minute, which obviously gave more confidence to Brendan Rodgers’ players.

Add to that the 2:2 draw with Tottenham, and the challenge for Liverpool to fight Manchester City for the title is becoming more and more serious. A new failure on Sunday will practically make the distance between the two very serious. Moreover, in the coming weeks Liverpool will be without its big stars Mohamed Salah and Sadio Mane, as well as Nabi Keita, due to their participation in the African Cup of Nations. In this situation, I expect that the guests will do their best to greet the three points at Stamford Bridge.

At the moment, Chelsea will find it very difficult to oppose the Merseysiders. The Blues have huge problems with injured players in defense and at least in my opinion it will be a serious feat if they successfully limit Liverpool’s actions in front positions. Even with all the players available, Chelsea lost 1-0 to Manchester City earlier in the season. The bet that Liverpool will not lose and at least two goals will be scored in the match was the winner in the last three visits of Merseysiders at Stamford Bridge in the Premier League.