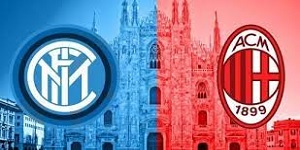 We haven’t had a Serie A match for two weeks, but the first Saturday after the return of the championship will be a shock. The grandees Inter and Milan will take the field from 19:00. Here the stakes are huge, as the two teams are in dispute for the title, along with Napoli. The champions are in great shape and continue to be at the top, while the Rossoneri made wrong mistakes and are now four points away.

Inter continues without a loss in the league since October 16, when they suffered their only defeat by Lazio. The team won in 16 out of 22 rounds, which was surprisingly difficult in the last one. The Nerazzurri needed a goal from Dzeko in the 90th minute to beat the newcomer Venice 2: 1 after a complete turnaround at home.

Milan have fewer victories than their city rival, but four losses. The last one was not long ago, when in the middle of the month the Rossoneri took the lead in La Spezia, but made a complete turnaround at their San Siro. This defeat was surprising against the background of three consecutive victories in Serie A and overcoming Genoa in the Italian Cup. Before the short break, Milan ended in a draw at home with Juventus.

Milan’s first derby of the season was exciting, especially the first half. Chalhanoglu put Inter ahead in the 11th minute, but just six minutes later Stefan de Vray scored an own goal and the score was tied. In the middle of the first half Lautaro Martinez missed from the penalty spot, and the result 1: 1 remained until the end of the match.

Last season, both teams exchanged one victory as a guest, and in the second match of the current Inter enters as the absolute favorite. The Nerazzurri do a phenomenal defense, which is often the key to their success. I agree with the statement that the hosts are the favorites today, as they are doing much better than their opponent in the matches of “Giuseppe Meazza” this season. There are absentees in the guest camp such as Kjaer, Tumori, Kesie and Ibrahimovic, which I think further tilts the scales in favor of Inter.