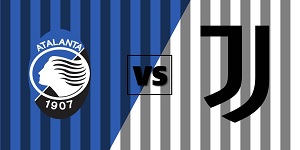 Sunday’s program of the 25th round of Serie A will end with the match between Atalanta and Juventus. The last two matches of the championship between them were at the expense of the “Bergamas”, who won them 1: 0. Among them, however, the team from Turin won 2: 1 in the final of the tournament for the Italian Cup last season. The meeting on Sunday is from 21:45 and will be held at Gavis Stadium.

Just a few days ago, Atalanta hosted Fiorentina at this stadium in the battle for a place in the semifinals of the Italian Cup. “Bergamas” reached a complete turnaround after falling behind with 0: 1, only to allow one in turn at the end and lose 2: 3. This was the fourth consecutive match in which they failed to succeed.

In two of the other three games he ended in a draw with Inter and Lazio. In the last round, however, Atalanta lost 1: 2 at home to Cagliari. This is what allowed his current opponent to overtake him in the standings. The good news is that the leader Inter also lost, but the difference between them remains ten points.

It was Juventus expecting Atalanta in the semi-finals of the Italian Cup if they had beaten Fiorentina. The Old Lady continues to successfully defend the trophy from the race after winning 2-1 at home to Sassuolo. And in the championship he begins to find his rhythm. The last time the “zebras” were defeated in Serie A at the end of November, by today’s rival.

In the next ten rounds, they achieved seven successes and three draws. However, two of the draws were against Milan and Napoli in front of them in the standings. Thus, the first three teams maintain their lead over the record holder for titles in the Italian championship.

The battle for the top spots in Serie A this season is extremely intense and all the teams involved are quite cautious. Atalanta have drawn two draws in their last meetings with a top six team, similar to their rival, who also had two draws with Napoli and AC Milan. I think that today’s match will not be very productive, although the point is not very favorable for each of the two teams.