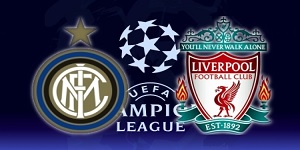 The more interesting match of the eighth finals of the Champions League on Wednesday will pit Inter and Liverpool against each other. The hosts may be the champions of Italy, but in the fall they did not impress in the tournament, which may be the main reason they are a serious outsider in the upcoming elimination pair. At the same time, the guests from England are performing quite well in the tournament under the leadership of Klopp and even today they receive a serious advantage from the bookmakers in terms of odds.

Historically, Inter’s chances in this clash are not very good. The team comes here for the first time in ten years. This will be the fourth round of the Nerazzurri quarter-final against an opponent from England, having managed to advance only once before. One of these opponents was Liverpool, and in the 2007/08 season the Merseysiders won both games and went ahead with a total score of 3:0.

The Reds were also the better team of the two in the group stage. They even won once in Milan, beating Milan 2-1. Liverpool were flawless in their six games in the company of Porto and Atletico Madrid, ending with a full asset of points and a goal difference of 17: 6. Inter failed to meet expectations and lost the battle with Real Madrid for the first position in Group D. The Nerazzurri lost in both games with the Spanish giants, and the ten points were collected from the matches with Shakhtar Donetsk and Sheriff Tiraspol.

The hopes of the hosts are related to the good performance of “Giuseppe Meazza”, where during the season they lost only to Real Madrid and Milan in all tournaments. In their last match at home, Inter defeated Roma in the quarterfinals of the Italian Cup. The derby with Napoli on Saturday ended 1:1. However, Liverpool arrived in Milan in excellent form and six consecutive victories in all competitions, four of them without a goal. This includes the minimum over Burnley on Sunday.

There are two teams on the field, which at least in the first match I expect to be equal and I am slightly surprised by the low success rate of Liverpool in the match. Klopp certainly has solid experience with his team in the Champions League in recent years, but today I do not think he will be enough for complete success. Of course, the desire of all football fans is to watch successful football, but often the big clashes go through a tactical clash and not many hits. Inter have the second best defense in Italy, while Liverpool have been doing great lately in neutralizing the opponent’s attack.