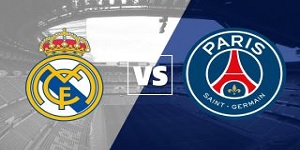 The record holder in the Champions League title, Real Madrid, is under pressure from the eventual elimination of the round of 16 in the current edition of the competition. Four years later, the “Royal Club” meets PSG again in the first elimination phase, but unlike the first time, in the return match today, the Spaniards have to catch up.

On February 15, we saw a timid Real Madrid, which without Captain Benzema was unrecognizable at the Parc des Princes. PSG started strong, but failed to realize, and gradually the actions of Mbape and company were tamed. It was the Argentine star who missed from the penalty spot in the 62nd minute and it seemed that there was no one to stop Ancelotti to the zero draw. A little later, however, Neymar appeared in the game, who breathed new life into his teammates and PSG became very dangerous again. Although late, it still paid off with a combination between Neymar and Mbape completed by the Frenchman in 94 minutes.

This was the fourth and last match without the injured Benzema, and in this series Real Madrid scored only a goal to beat Granada. This speaks of a serious problem for Ancelotti, as after the return of the French goal scorer “White Ballet” beat Alaves 3-0, and then followed the success of Rayo Vallecano. This Saturday, Real Madrid defeated Real Sociedad 4-1.

PSG also played three matches after the first round of 16, but failed to increase their lead at the top. Of these three meetings, only three points were taken after a turnaround over Saint-Etienne at home. Two losses were suffered, the first of which by Nantes was quite surprising. On Saturday, the Parisians were the weaker team on their visit to Nice and deservedly lost minimally with a goal at the end of the match.

There are two facts that make today’s rematch unpredictable. Real Madrid is radically different when Benzema is on the pitch and his partnership with Vinicius is brilliant. PSG may have lost twice in Ligue 1 in recent weeks, but there the team finds it difficult to find the motivation they need, and the person demonstrated in the Champions League is at a higher level and we saw it 3 weeks ago in Paris.

In the first match I predicted an early yellow card, but we did not see one. After 37 minutes, however, four cards were shown for both teams. The referee of the match today will be the Dutchman Danny McAlie, who is relatively calm and tolerant. However, a real spectacle awaits us, and opponents do not like to lose and events can easily get nervous. Almost every game, PSG players receive more than two cards, even with convincing victories in France. Today, I suspect that things may not work out for them, and tactical violations will be an important part of the clash.