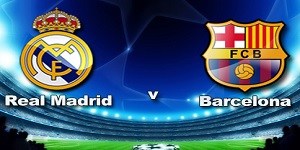 The most significant event of the program of the 29th round in La Liga is the second El Clásico of the season. The balance so far this season is two wins for Real Madrid. The Royal Club first triumphed at the Camp Nou after a 2-1 victory in a La Liga match. Subsequently, both teams competed in a match for the Spanish Super Cup as Real Madrid won after 2: 2 in regular time and 3: 2 in overtime with a goal by Federico Valverde.
Unless there is a huge breakdown in the form of the team, Real Madrid will be difficult to be displaced from the first position in La Liga. The Royal Club has a 10-point lead over second-placed Sevilla and 15 ahead of Barcelona, ​​but with one more game played. Even if the Catalans win their postponed match and the one on Sunday, catching up will be a serious challenge, as it seems incredible that Real Madrid will lose so many points.
Currently, the White Ballet is in a series of four consecutive victories in La Liga, and achieved quite convincingly. Alaves, Real Sociedad and Mallorca were beaten by three goals, and Rayo Vallecano was beaten 1-0. Since the beginning of the season, Real Madrid does not know the taste of loss in front of its fans and congratulated itself with three points against direct competitors for the title of Sevilla and Atletico Madrid.
Barcelona fans are certainly pleased that the second El Clásico of the season will be played now, not at the beginning of the year. Los Coules are currently in extremely good shape with six wins in their previous seven La Liga games. Xavi stabilized the team’s performance and with the right transfers in the winter added the necessary freshness to the team. I expect that on Sunday we will have a great match with an exchange of goals in both gates, but I do not think that the series of Real Madrid without a loss as host will be stopped. As a guest, Barcelona has its hesitations and at this stage in its development I do not think he is ready to leave with three points from the Santiago Bernabeu.