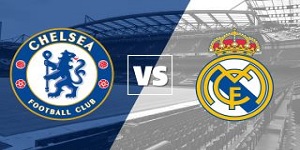 Chelsea welcomes Real Madrid in a match of the quarter-finals of the Champions League. Both teams competed in last year’s edition of the tournament, but in the semifinals. Then the first match was in Madrid and ended in a draw 1: 1, and Chelsea won the rematch with 2: 0. This year, the draw scheduled the first match to be played at Stamford Bridge. Although the rule for scoring on foreign soil no longer applies, as we saw in the round of 16, a home game in the return match can still be considered an advantage.

The weekend was very disappointing for Chelsea and its supporters. Their favorites played one of their weakest games not only of the season, but also since Thomas Tuchel was appointed to be defeated 4-1 by Brentford. Chelsea took the lead with a long shot by Antonio Rudiger, but subsequently conceded 3 goals in his own goal in 10 minutes. Despite the defeat, the Blues can still be calm for the third position in the standings, but will have to show better concentration in the remaining weeks.

Real Madrid recovered from the embarrassing 4-0 loss to El Clásico and beat Celta 2-1 at the weekend. In general, the White Ballet was again not very convincing in front positions and reached the three points after two goals by Karim Benzema from a penalty. Interestingly, the Frenchman also made a pass from the penalty spot in the 64th minute, after the goalkeeper of “Celtinas” Matthias Dituro predicted the direction of execution.

Although he still leads convincingly in the La Liga standings and beat PSG in the 1/8 finals of the Champions League, Real Madrid has not been very convincing lately. Since February 1, the White Ballet has scored 1 goal or less in 6 of its 11 matches in all competitions. After the departure of Cristiano Ronaldo, Real Madrid became too dependent on Karim Benzema and under the leadership of Carlo Ancelotti this has not changed. Last season, Chelsea’s defense did almost perfectly with the protection of the Frenchman, which ultimately brought him the subsequent triumph in the race.

I expect that the match on Wednesday will not be so interesting and rather everything exciting will happen again in the return match. In my opinion, Real Madrid will come out with the same attitude and building as in their visit to PSG in Paris. Then Madrid were on the verge of leaving with a draw, before Killian Mbape showed a moment of genius in the final minutes. After the 4-1 defeat at the weekend, it is logical for Chelsea to have one thing in mind and to play with increased attention in defense.

Considering the form of the two teams, at least for me it will be a surprise if a successful match is obtained. I expect caution to prevail and the 2.5-goal line not to be skipped again, as in last season’s matches. Edward Mandy has always performed well in important matches for Chelsea, and within the other door, Thibaut Courtois will be motivated to spoil the evening of the home fans.