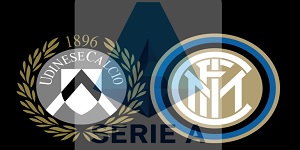 Four rounds before the end of the season in Serie A in the battle for the title, two teams continue. These are the greats from Milan, Milan and Inter, as the “Rossoneri” have a two-point lead at the top, and the matches are now equal. During the week, the Nerazzurri exhibited as a guest of Bologna. The match was lost 1: 2, although Peresic put Inter ahead in the third minute. Thus, the seemingly easier program for the champions may slip them, and today a new insidious visit to the city of Udine is forthcoming.

Udinese is moving calmly in the middle of the table, but there is room to climb and even fight for a place in the first half of the standings, if it continues in good shape. The Black and Whites also had a passive match, which was played in the middle of the week. Surprisingly, the team not only won, but also defeated Fiorentina as a guest with 4: 0. This was the team’s fourth success in the last six games. The victories over Empoli and Cagliari were also very convincing, and they took place at the Dacia Arena.

The loss of Inter on Wednesday was surprising against the background of a pretty good series of results recorded by the team. The victories were five in a row, bringing the two teams from Milan closer, namely the city opponent was eliminated on the way to the final of the Italian Cup. Successes were also taken by Roma and Juventus, with which the champions even became the favorite to congratulate themselves with the title again at the end of May.

For a long time, Inter has not won in this rivalry, winning 2-0 in the fall at Giuseppe Meazza. However, Udinese did not lose easily as a host, as only Napoli left the Dacia Arena with three points from the teams in the Top 6. Inter managed to record several consecutive games with a good result in attack, but against Bologna again reminded of their weaknesses in front of goal in the spring, despite good goal positions. Today I expect an even more difficult match for the champions. The hosts are not doomed today, and I expect at least an honorable goal from them.