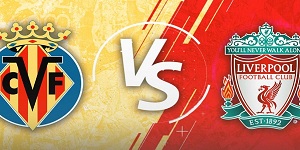 Today will be known the first finalist of the current season of the Champions League. Hardly anyone doubts that this will be Liverpool, but Unai Emery and his boys will try to take the scalp of another European grand. The “Yellow Submarine” has to catch up with two goals from the first match and their task borders on the impossible.

A week ago, Villarreal defended well at Anfield, but collapsed within two minutes, shortly after the start of the second half. An own goal by Pervis Estupinan and a goal by Sadio Mane marked the final 2-0 in favor of the Merseysiders. They controlled the development of the match for a full 90 minutes, allowing only one shot to Alison, which was not accurate.

This was Emery’s tactic, which was about to be profitable if the loss was only a goal difference. At home, Villarreal is much more confident, beating Juventus in a 1: 1 draw. A bunch of situations were created against Bayern Munich and the Spaniards should regret that they won only 1: 0, which in the end turned out to be decisive in this elimination pair.

For the first time this season, Liverpool will be a guest in the rematch, but both against Inter and Benfica, and today enters it with two goals after the first match. So far, the Merseysiders have performed less well in the second elimination match, even though it was at Anfield and expectations were to be won. Today is certainly a more difficult match for Klopp than the one a week ago, but the advance won can hardly be wasted.

After losing in the Champions League to Villarreal, he was defeated in La Liga. The “Yellow Submarine” lost 1: 2 on its visit to the rescue fighter Alaves and is now only one point ahead of Athletic Bilbao in the dispute for the seventh position. Liverpool, on the other hand, have remained flawless lately in the English Premier League. One of the best teams in the spring, Newcastle, was defeated 1-0 on Saturday.

Villarreal can play attacking and winning football, proving this against no less names than today’s rival. Emery proved to be more cunning than his colleagues in the clashes with Juventus and Bayern Munich, and today he has to set his team offensively. So far, Liverpool have collected a goal in three of the five matches of the elimination phase of the Champions League, doing flawlessly in defense just a week ago. It is clear that the hosts will look for a turnaround and I expect them to score at least an honorable goal in the clash. Liverpool will have more free space for attacks today and an early goal in their favor would put an end to the dispute.