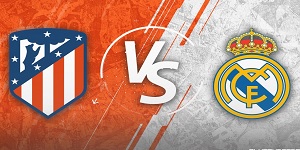 The big derby of the city of Madrid will be played in the last month of the 2021/22 season in La Liga. On Sunday, Atletico welcomes Real at their Wanda Metropolitano. A week ago, the Whites officially became champions of their country, but today they will be extremely motivated to once again delight their supporters. The match is extremely important for the hosts, who are defending their fourth position.

Atletico Madrid is not in good shape, winning only one of its last six official matches. Four of them were in La Liga, as we saw a surprising defeat by Mallorca and a draw at home with Granada. The only success was over Espanyol with a penalty kick deep in added time. In the previous round Atletico lost 0: 2 as a guest of Athletic Bilbao.

Real Madrid has five consecutive victories in the championship, which made the team champion a month before the end of the championship. This officially happened on April 30, when the Whites defeated Espanyol 4-0 in Madrid. This excellent series comes immediately after the humiliation of Barcelona suffered in mid-March. On Wednesday, Real Madrid created another sensational turnaround in the Champions League, eliminating Manchester City in the most dramatic way possible.

Of course, Real Madrid has a huge advantage in this rivalry. Atletico have been without a win in the league for six years, while their opponent has triumphed in three of the last four games. In mid-December, the Whites won 2-0 at home with goals from Benzema and Asensio. However, there is often no winner when Atletico hosts. In four of the last six such matches, the result was a draw.

Real is already a champion, and a few days ago he played a very tense 120 minutes in the rematch with Manchester City. The upcoming match is very important for Atletico, which rarely cracks at home. All this makes the “Mattresses” on paper a favorite in this match, but I do not think so. Whatever state you are in, there is no way that a derby of this nature does not motivate you to the maximum.

Real Madrid is on the crest of the wave and after the humiliation of Barcelona, ​​I do not think they will allow another loss in the Spanish derby, which is much more important for the club and its supporters. The Whites have suffered just three losses during the La Liga campaign and are away in a five-game winning streak. The point difference between the two teams is 20 points and clearly shows who is the better team this season.