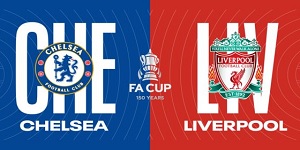 Chelsea and Liverpool will determine the winner of the FA Cup for the 2021/2022 season. Both teams also competed in the League Cup final in February, when the Merseysiders triumphed after penalties. On his way to the FA Cup final, Chelsea overcame mostly rivals from the lower divisions – Chesterfield, Plymouth, Luton, Middlesbrough and the elite Crystal Palace in the semifinals. The draw gave the idea tougher opponents for the Merseysiders, but they proved they deserved to fight for the trophy after a strong performance against Shrewsbury, Cardiff, Norwich, Nottingham Forest and Manchester City.

Bookmakers set Liverpool as the favorite on Saturday and this is quite natural compared to the performance of both teams. The Reds play at an extremely high level throughout the campaign and in just a few weeks will deservedly enter into a dispute with Real Madrid for the Champions League trophy. In the Premier League, the intrigue for the first place may be over, but nevertheless the achievement of Liverpool and the fact that he was in the fight for the title until the end of the season with Manchester City, is worthy of respect.

Chelsea left this battle in the winter, after several injuries to key players and a series of draws against seemingly insurmountable rivals. This season, Londoners have encountered great difficulties as a host, especially against teams that skillfully close spaces. Even in the 1/16 finals of the FA Cup, Chelsea eliminated Plymouth with 2: 1 after a goal by Marcos Alonso in overtime and saving a penalty by goalkeeper Kepa Arisabalaga just before the last referee signal.

Chelsea are playing far away from their Stamford Bridge this season, so they will refrain from betting on the eventual winner. Based on the current form of both teams and their development at this stage, it will be a surprise, at least for me, if the Reds do not congratulate themselves with the trophy. Liverpool has gained a lot of experience in such clashes under the leadership of Jurgen Klopp, and is far more effective than Chelsea in front positions. At the same time, however, since Thomas Tuchel led the Blues, the Merseysiders have not beaten Londoners in regular time. On several occasions in recent weeks, Liverpool have been less convincing against teams such as Everton, Villarreal and Tottenham, which have played more closely against the Reds, so I do not rule out the possibility of a surprise.

Given that Liverpool is the stronger team, it is quite understandable that Chelsea will also come out defensively on Saturday. Perhaps, apart from Manchester City, there is no other team at the moment that can afford to compete with the Merseysiders. Chelsea will host the game in their half for most of the match, which is a prerequisite to have more completed corners in favor of Liverpool. In the last four matches between the two teams, the Merseysiders have completed at least 7 corners and I expect that the trend will continue.