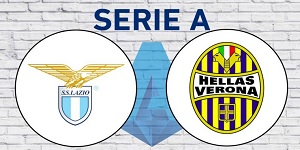 In the last round of Serie A, Lazio meets Verona and needs at least one point to finish ahead of city rivals Roma in fifth place. The Eagles have been doing well lately, defeating Spezia and Sampdoria. Good goal form was demonstrated in the previous round as well, when Lazio caught up with two goals in their visit to Juventus to congratulate themselves with the point.
After the failure of Turin yesterday, Verona can not fall out of the Top 10, and in all likelihood will remain in its ninth position, regardless of the result in today’s match. The last round could have been far more important for the Yellow and Blues if they had won against Milan and Turin in the previous two matches, but alas, they were defeated.
In October, Verona beat Lazio 4-1 at home, with Giovanni Simeone scoring all four goals for the Eagles. However, I have repeatedly mentioned how good a host Verona is, especially against the big teams in Italy. There are many teams that perform well on their own field and today’s host is one of them.
The meetings of these two teams are one of the most productive in Serie A, as they are in the Top 3 of the teams with the most matches that ended with over 2.5 goals in them. I expect this to be the case again today. The points are more important for Lazio, as it is a matter of honor for the club to finish in front of the city opponent. Imobile remains in question for today’s match, but I will still bet on home success. Verona is without a dry net as a guest, but it did not score in only three of its visits, and at the end of the season it is worth raising the adrenaline with a bet on a high odds.