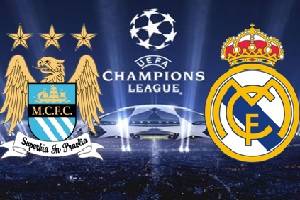 Manchester City will play against Real Madrid in the first leg of the Champions League semifinals at Etihad Stadium.
City defeated PSG in the quarter-finals to move into the last four for the first time. Their overall record this season in the CL is 6 wins, 2 draws and 2 losses. They are unbeaten in their last five games.
At home they have 3 wins and one draw in the last four games. Also kept clean sheet in the last two of them.
Zinedine Zidane’s side defeated Rayo Vallecano to stay within a point from the top of La Liga. Still they rely on Barcelona and Atletico to slip up. Their Portugal star is doubtful for the clash with City due to a tight complaint, which kept him out against Rayo. Real Madrid’s unbeaten record was broken by Wolfsburg with 2-0 in the first leg of the quarter finals.
Manchester City are slight favorites in my opinion and I will back them in the first leg.
Good Luck!